● Untitled lathe cut 7" from 2004. It was released by Sindre Bjerga´s Gold Soundz (Norway) label in an edition of 50 copies. It was probably recorded earlier the same year or somewhere around 2003-2004 in Tampere, Finland. Field recordings from the area of Tampere, improvised instruments for example piano (recorded at the local public library), flutes, bells, ethnic string instrument(s), electric guitar, bowed strings, violin, electronics and maybe (so not surely) something else. Recorded and mixed with cassette 4-track.

NEW WEBSITE of the artworks of Jani Hirvonen (UTON) released. This is the versions 1.01. Updates coming after some time. More works to upload, better photos or scans etc. Still a lot of things missing, but hugely a lot already visible. Most of the works are from 2000-2022, but few earlier also included. I hope you enjoy your visit: 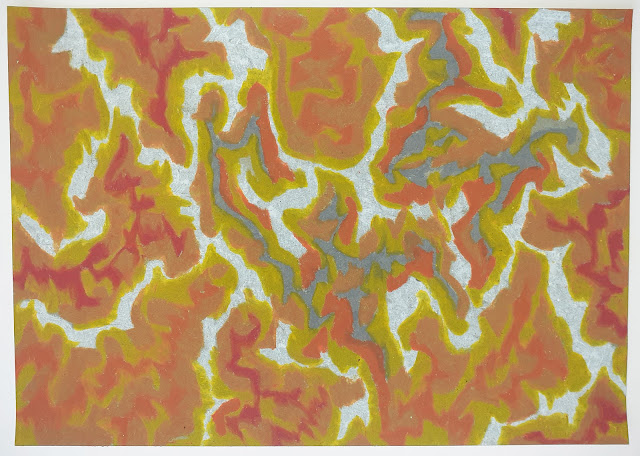 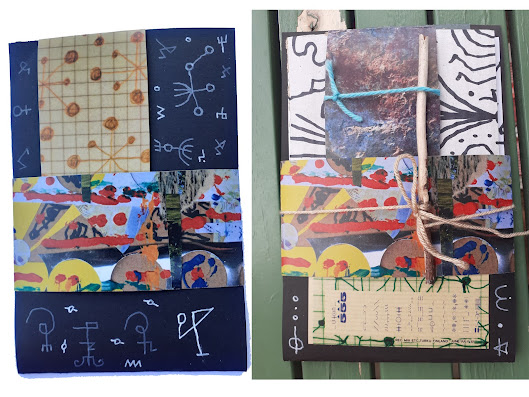 Another new by UTON:

The Source has its Raw Beauty

Cassette, released by Outlier Communications (Canada)
Edition of 55 copies, April 2022
Amplified acoustic guitar improvisations. Recorded August 2021, Turku, Finland
No overdubs.
the reissue of MY BIZARRE BAYUK
available digitally at Magma Tones Bandcamp
or from uton.bandcamp.com.
My Bizarre Bayuk is a collaboration work between Jani Hirvonen (Uton) and Josh Clark
(I Am Just A Pupil). Ride downriver to your psychedelic headland - the beginning and the end. Recorded in Chantepie (France) and Asheville (USA) - 2013.

These recordings were originally released by S.I.N.K CDs in 2014.
A double-cdr set, including also tracks by Uton and I Am Just A Pupil.
sinkcds.bandcamp.com/album/uton-iajp-mbb-split

'The name BAYUK is American Indian origin, and means "stream"... later this same word was used in English, meaning BAYOU.'

Here`s the first album of Kryptinen Käki, released by Magma Tones.
Field recordings from Turku mixed with the improvised and eccentric acoustic guitar + wordless vocals. Some additional sounds included from the archives of J.H (Uton)... Name your price. More info behind the link:
https://magmatones.bandcamp.com/album/kiss-my-turku-kiss-my-jazz 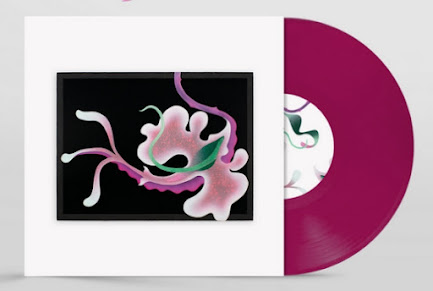 ALSO RELEASED ON DOUBLE-CASSETTE by Nonlocal Reasearch (Chile) together with Mappa. This set is called The Fantastic World of Grykë Pyje and it includes the new album Squirlich Stroll and the earlier album Collision And Coalescence (2019, Mappa)

Both versions come with a digital bonus EP! 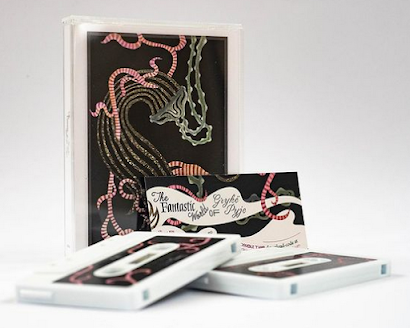 CDR, edition of 15 copies - release date 2.12.2021 / Released by Magma Tones
pre-UTON, free noise / drone / experimental - the 6th album from the previously unreleased recordings. This one is from Spring-Summer 2000, except the track 1 which was composed with Audacity from various sound sources (and later recorded to cassette). Various instruments were used, such as Electric Guitar (untuned, prepared), Old speakers/microphones with Effect pedals (to create drone/noise/feedback), Radio, Percussions, small Casio keyboard... and Vocals.

"Yksi is harsh noise project by Jani Hirvonen, also known from Uton that has a career spanning 20 years of experimental music. Yksi was started already in 2006, but activated recently in 2020. On this tape Yksi delivers two longs tracks of free-flowing cosmic harsh noise, sounds resonating from within and universe beyond." - Satatuhatta

Couple of new things in works. New Gryke Pyje album (our fifth!). Uton albums, mostly recorded, just needs to be organized and mastered properly... etc. The world is going through some heavy times. Covid corruption, fascist goverments pushing people to the experimental gene therapy (what they call vaccine... and some other say it's actually a bioweapon!). Lots of propaganda and marketing strategies against the humanity. Because of all this, the music production is going differently as well.

UTON's Facebook Page is deleted, so don't try to find it anymore. It wasn't working properly, so there was no good reason to keep it rolling - because it didn't actually roll. Facebook has a strong filter system, which doesn't let all the followers to see the posts - unless if you are willing to pay, but that's not so great idea for an "underground artist". So the latest news will be now on visible here in Blogger or through the Bandcamp. Instagram is also still on, sometimes some stuff over there also; but the most essential things will be here in Blogger and in Bandcamp.

If you like Harsh Noise, maybe you could check this one:

Prepared, untuned, distorted guitar with feedback, played directly into the line using stereo speakers as a monitor amp or sometimes using an old speaker from a radio.